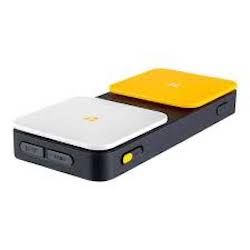 This is a slightly overdue post, but thought it could be helpful. Since release of the first Sensory Apps for iOS, they have mostly been switch accessible. This was prior to switch access support being available in iOS, so these switch accessible apps can be directly affected by a switch input. Given that the apps are in the “cause and effect” category then switch input might be useful for some users, under guidance from a helper or teacher.

The Sensory Apps can accept the switch interface unit sent characters 1,2,3 and 4 as well as ~1,~2,~3 and ~4 which is generated from some switch interface boxes. Each app responds differently to these switch inputs, often described in the app webpage. We do realise that some switch interface boxes have multiple modes (for PC / Mac / iOS etc) and that when in iOS mode the switch might generate a Space key or other keys to the app, so it won’t likely work. However it is possible to use the iOS Accessibility Switch Recipes – make a recipe for each app that you would like to help a switch user to explore.

We have produced a short video how to make switch recipes for Electra, Magma and Splodge, using a switch that sends a “space bar” to the iPad. You will see that the Recipe can turn the space bar into a range of alternative iOS commands, such as tap screen etc. If you have any specific technical queries we can try to help at [email protected]